Although this post is sponsored by Crest, all teeth whitening opinions are my own 🙂

The holidays means lots of sipping and indulging in our favorite beverages and bites. My favorite part of this time of year, is sharing those memories with my peeps. Whether that be snuggling with bae near the fireplace with some hot cocoa in hand, enjoying a coffee date with a fellow blogger, or raising a glass of red vino with the fam over dinner; this season gives all the vibes! BUT that also means, tis’ the season for stained teeth, LMAO!

Like, I want to be able to dazzle on social media with a white smile, but like, all these sugary sweets are just TOO GOOD to put down! (I’m looking at you, Pumpkin Spiced Lattes!)

So, before bae, my pup, and I send out our annual Holiday card, I NEED to show my grill a little more TLC…but honestly, who has the time…teeth whitening can be sooo tedious! Recently, my mom suggested for me to use Crest 3D Whitestrips, since she just completed her 20 day whitening with Professional Effects. And I am definitely my mother’s daughter because she has such a hard time keeping up with self-care routines, especially during busy times like the holidays, but she kept raving with how easy these were.

It could not have been better timing, that Crest reached out because ya girl’s smile was looking a little rough! For the past two weeks, I’ve been using Crest 3D Whitestrips Professional Effects and my smile is significantly whiter. Tbh, I saw a difference after only a few uses!

My favorite part about the strips is that they stay put until you take them off! So I can talk and even drink water while whitening! I can even multitask in a self-care moment while quickly rushing to get ready for our good friend’s holiday party! Hallelujah! No sticky gels or trays you have to worry about!

Another problem I’ve had in the past with whitening products is that my smile is quite large and often only my front teeth would receive the benefits but Crests’ FlexFit technology allows these strips to stretch and bend, covering my entire smile!

After 20 mins, simply peel these babies off and you are good to go! No residue, no funky taste. The only thing you should notice is your smile visibly brighter. YAS QWEEN!

OH! Another thing I should note is that my teeth are ridiculously sensitive! But with Crest 3D Whitestrips Professional Effects my teeth didn’t react one bit. That is major key in my book, because I am the last person on this planet to maintain a self-care routine that is remotely difficult or uncomfortable!

The best thing you can indulge in during this nonstop holiday season, is yourself! Squeeze in a few self-care moments with Crest 3D Whitestrips for a whiter smile, because after all… we carry it around with us every single day! You can get two Crest 3D Whitestrips Professional Effects for the price of one with their bogo deal! Shop HERE and SHINE BRIGHT, MAMAS!

Happy Cinco de Mayo, everyone! Now usually on this holiday, I would be overly indulging in yummy chicken burritos, packed with cheese and rice! But this year will look a little bit different for me. Within the past month, I have made the decision to *attempt* to fully transition from first a vegetarian diet to eventually Veganism. This being said, I reached out to my brother who is extremely strict with his diets, in hopes of him sharing his secret recipe to one of the best dishes I have ever tried in my life! In honor of Cinco de Mayo, I would encourage anyone who is looking to spice up their diet with this super healthy, easy, and quick dish!

If you are ready to experience a healthy Cinco de Mayo inspired dish, I urge you to give this recipe a try! For fun, add cheese, avocado, and tortillas to finish the meal off!

Valentine’s Day (or its alternative Galentine’s Day), is literally hours away! Whether you are hoping for a hot date with your boo or sipping on mimosas with your girls, I’ve compiled a list of cheap date ideas you can try!

*Just remember, the sole purpose of Feb 14th, is to be around the people you love!

As I sit here, reflecting on the past number of days, I’ve found difficulty in looking for the right words that best describe this trip. In short, NYC was… SIMPLY MAGICAL. I had high expectations for the city, and to be honest… my experience surpassed all of them and then some!

We stayed in an adorable Airbnb in the Bed Stuy neighborhood of Brooklyn. We were just two blocks away from the G subway train which took us everywhere throughout the city!

Bed Stuy is a neighborhood full of character. Between its famous Brooklyn brownstone row-houses and untouched storefronts, this up and coming community had a number of hipter cafés and eateries along the way!

Our favorite: Marcy & Myrtle Café. This quaint little shop was our go-to stop, first thing in the AM!

We made way to Midtown Manhattan. Let me just say, the second we stepped out for the night, (5 layers deep and allll) the cold still hit me like a ton of bricks!

As we were walking down the avenues we had to pause to gawk at the Saks Fifth Ave. holiday light show. It was effing majestic!

As I had no idea where anything was, I was not aware we were literally right across the street from the Rockefeller Center! Seeing the iconic Christmas tree and ice staking rink, definitely was a “pinch me-moment.”

We then made way inside to the Top of the Rock. This Observatory on the roof of the Rockefeller Center features 360 VIEWSSS of the city. It was absolutely breathtaking.

*As we were paying for our tickets we realized there was a “CityPASS” option which gave admission to the top 6 NYC attractions (def came in handy)!*

We explored for about 10-15 minutes before we reached Time Square. AHHHH!

We took the G line to downtown Brooklyn and walked through some of the prettiest streets, I have ever seen!

For lunch we stumbled upon – Oaxaca Taqueria

Our burritos were not only massive but also bomb.com!

We then walked our way to the Brooklyn Bridge.

These views were stunning!

We walked across the bridge into the financial district and cozied up inside a local coffee shop for a good chunk of time.

We set out for dinner in Midtown at uber-chic bistro/bar, Madison & Vine. Music was on point and the food was absolutely delish!

We then grabbed some drinks at the Top of the Strand. This cozy rooftop lounge featured a cool glass ceiling which allowed for unobstructed views of the Empire State!

We were warm, drinks were strong, and we had the best seats in town 🙂

Later, we walked just a few blocks to the Empire State!

We arrived just past midnight but with doors closing at 2AM, we basically had the views all to ourselves (:

Waking up in a winter wonderland = UTTER HAPPINESS! This was by far a dream come true, especially for a California girl.

We had our morning coffee fix and headed to Central Park!

We passed the Columbus Circle Christmas Market and ventured throughout the park.

An Instagrammer’s dream, really. Just picture: horse-drawn carriages plotting by, little kids mid snow ball fight, and live saxophonists playing our favorite holiday tunes. It was a scene straight out of a movie.

We headed for lunch near by at Le Pain Quotidien.

We then spent several hours in the 9/11 Memorial Museum. I def recommend putting a couple of hours aside for this as it really put our time in this beautiful city into perspective.

For dinner we ate next door at the Osteria Della Pace-Eataly. My favorite dish from Rome was Cacio e Pepe, so seeing this item on their menu thoroughly excited me.

FYI, IT WAS PERFECTION!

We then headed out to another part of town. And boy was I in for a treat!

We headed to the harbor and made way to see Lady Liberty!

For lunch we ate at the cute and yummy Westville eatery.

We then walked to the neighborhood of Brooklyn Heights.

It was the cutest neighborhood I have ever seen! #ACTUALgoals

For Dinner we ate at Rolf’s German Restaurant

Views of the skyline and the Brooklyn Bridge set way for the most romantic stroll.

Last but not least, we could not miss out on the Raging Bull.

All in all, this trip was an absolute dream! It was romantic and full of the Christmas spirit. I utterly fell in love with the city. The charm of this city makes it hard to not want to go back! Xoxo

Winter is coming, y’all, aka the most wonderful time of the year! As much as I’m looking forward to the holidays, I’m not so sure if I’m ready for the cold! It’s as if, Los Angeles goes into crisis mode when the temperature drops below 70 degrees…or maybe that’s just me!

Us Californians, have it easy compared to those East Coasters…but **drum roll please**… in a few days, I will be experiencing my first East Coast winter!  I AM BEYOND EXCITED! Ever since I was a kid, I have dreamt of gallivanting across New York City, under 5 layers of clothing, with a hot beverage in my hand. And from what I’ve seen in movies, nowhere oozes festive spirit better than the Big Apple! AHH!

This will be my first time in NYC and to be honest, I’m already shivering! So, I plan on packing plenty of warm options to fight the cold!

Of course, I will be bringing some of my staple pieces but I’ll also be taking some new finds 🙂 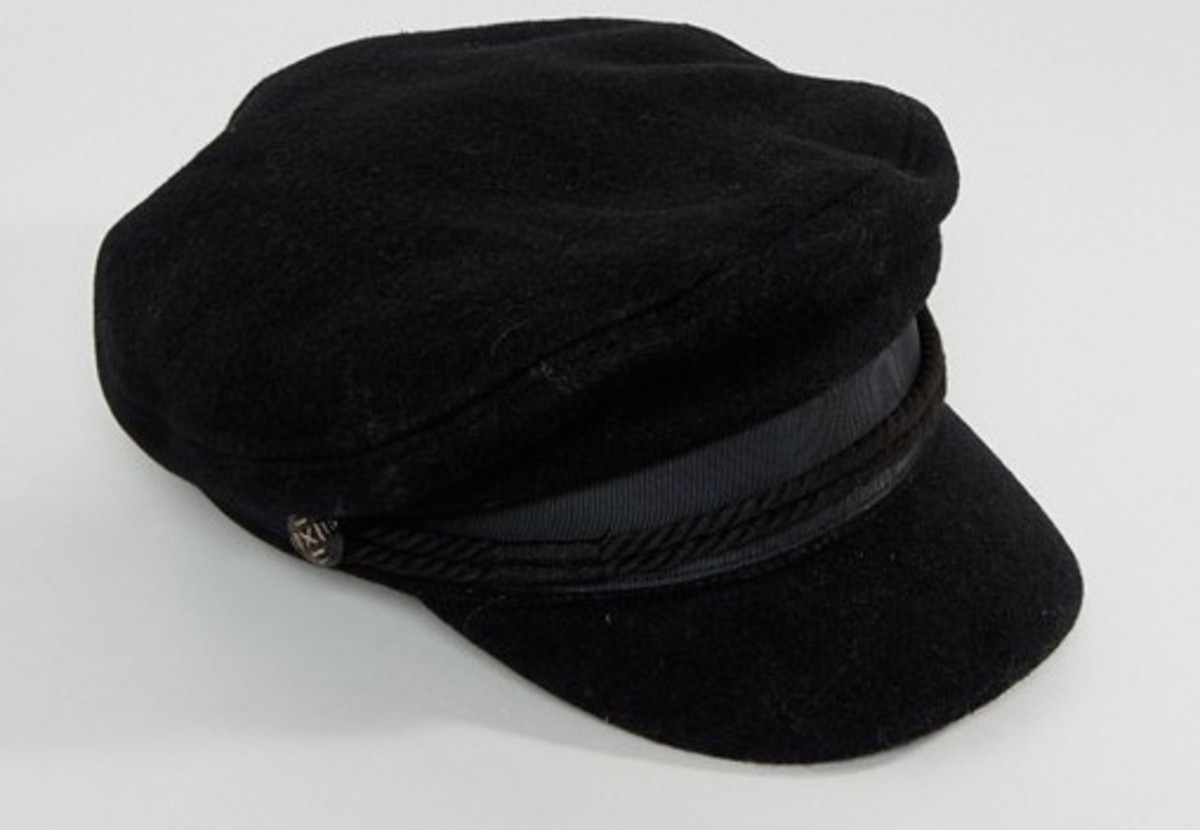 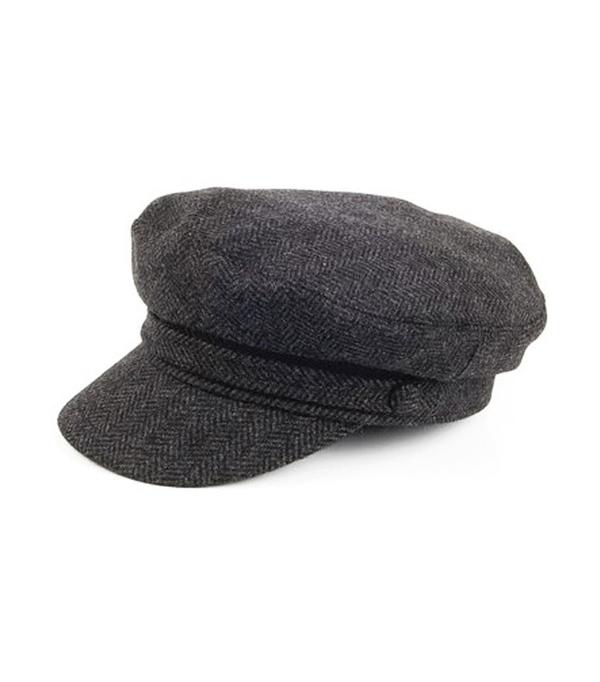 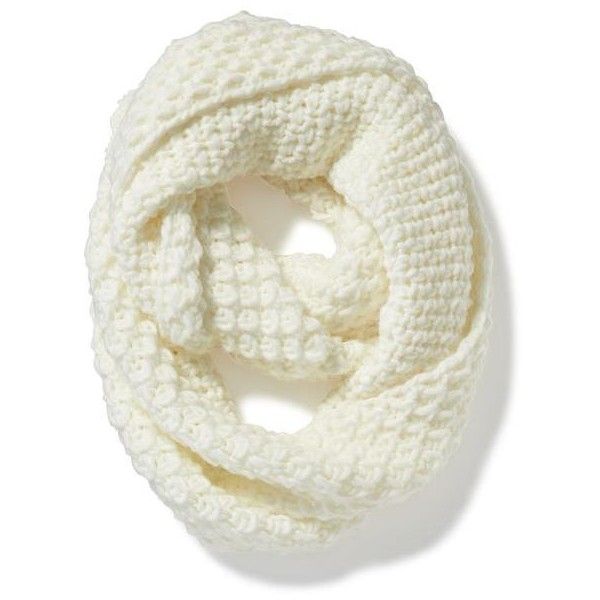 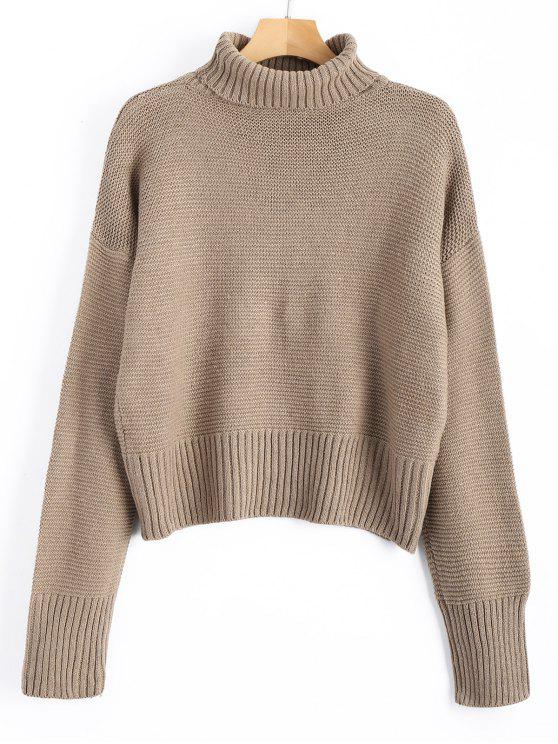 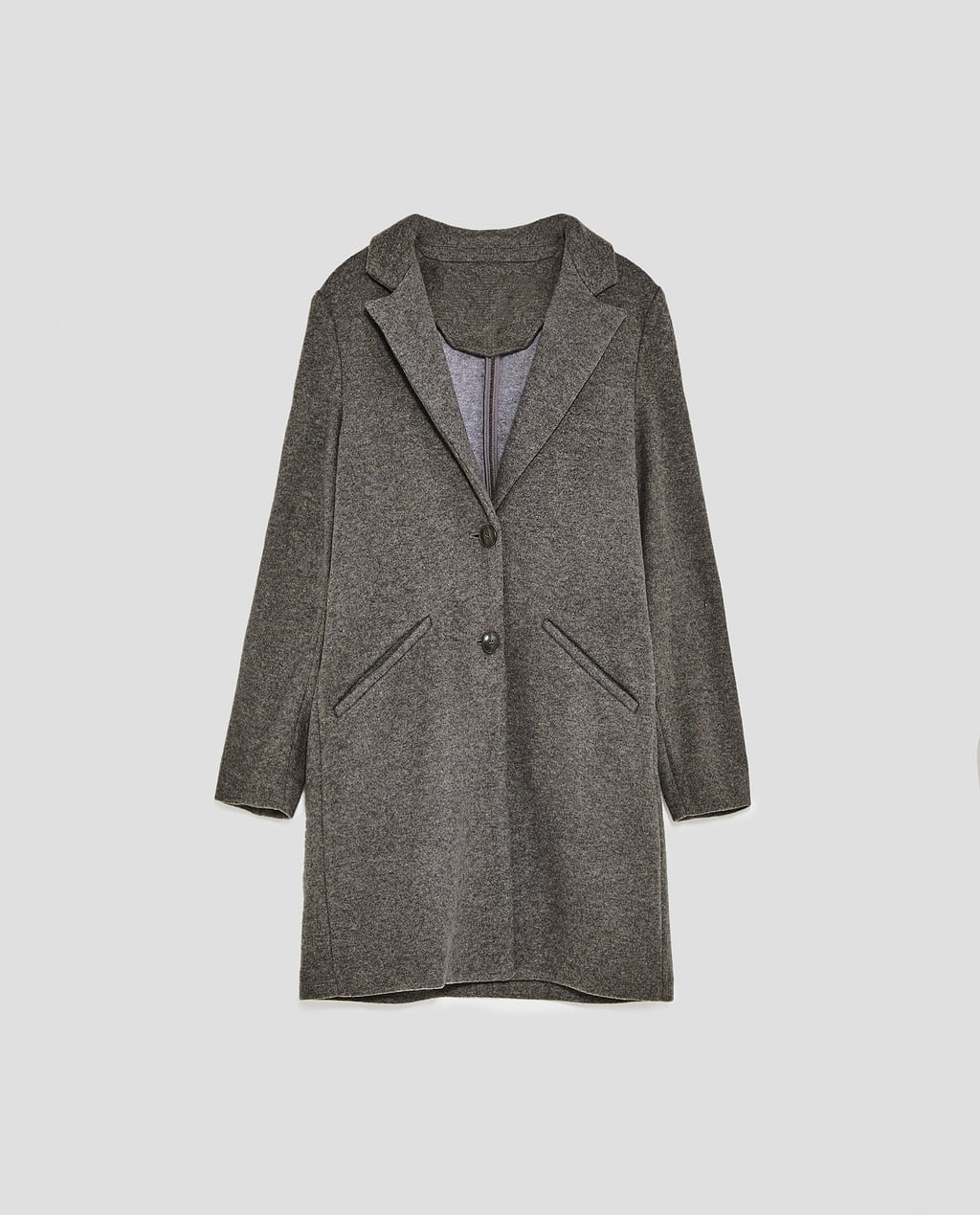 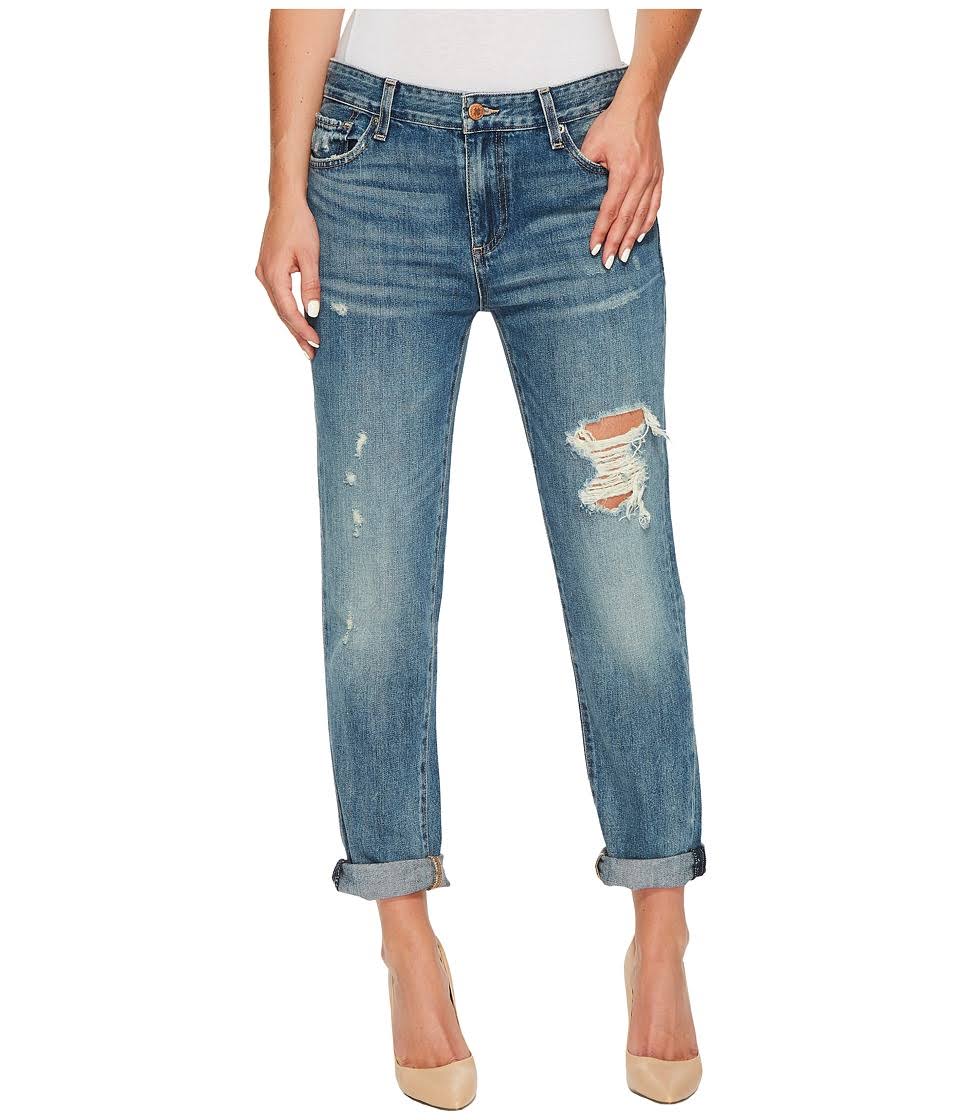 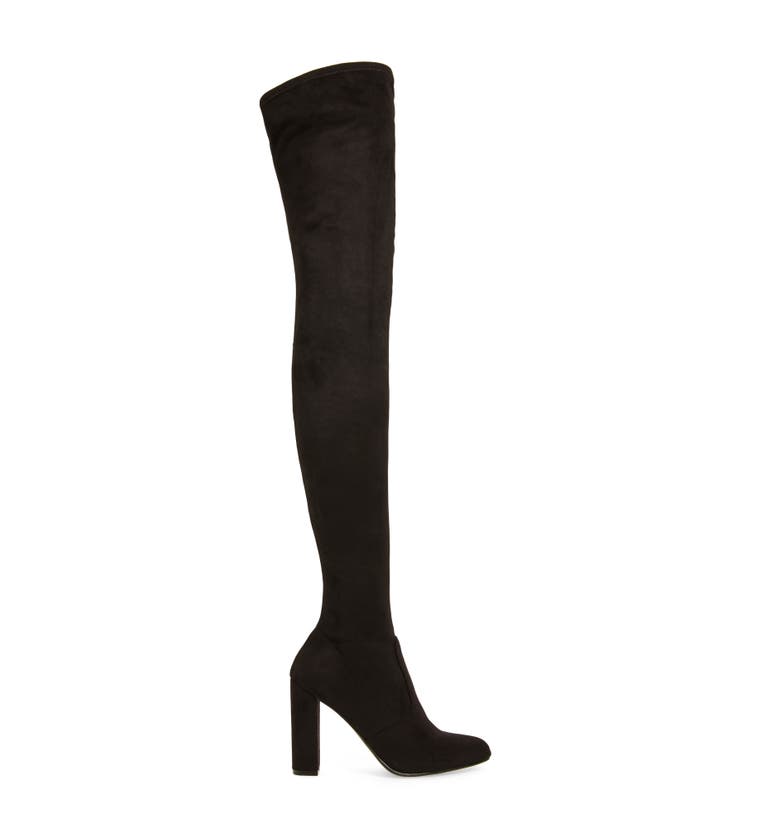 I love getting style inspo from anywhere I can! So hopefully these items give you some too, for your next trip! Xoxo

As the holidays are kicking off, we are likely to be invited to more and more family gatherings and holiday parties. This season, don’t show up empty handed or even worse…with a store bought pie!

A few years back, I had decorated the house with a grip of pumpkins. Out of curiosity, I thought I’d attempt to bake my first pumpkin pie with the ingredients I already had at home. Since then, it has been a tradition of mine to bake – probably THE HEALTHIEST pumpkin pie out there!

1) Preheat oven to 325 degrees. Cut pumpkin in half and remove seeds. (I personally like to eat the seeds so I set them aside to soak.) Place cut side down on a cookie sheet and cook for 45 minutes, or until flesh is extra tender when poked with a fork. Leave out to cool and scrape the flesh from the peel. Mash or puree peel in a blender (use almond milk to thin). Increase oven temp to 450 degrees F.

3) Pour mixture into unbaked pastry shell. Place a pie crust shield to prevent the edges from burning OR a strip of aluminum foil.

4) Bake for 20 minutes at 450 degrees then reduce the temp to 350 degrees. At this point, spread out pumpkin seeds onto greased baking sheet. Add honey, salt, and cinnamon to caramelize. Place into oven. Bake an additional 50-60 mins or until a knife inserted near the center comes out clean. Remove the crust shield or strip of foil as well as the seeds ~ 30 minutes before the pie is done for a golden brown crust. Cool pie, and refrigerate overnight for best flavor. (Eating your pie the day after, allows plenty of time for the filling to set. As the pie cools, this results in a more solid, gel-like filling.)

*The next day* Great with your morning coffee or your next holiday party!