Hi guys! Long time no talk, ha! So, I’ve compiled a list of my most asked questions as of recently from my IG and thought I’d answer em’ in an easy read blog post!

So if you’re still reading this, you da real MVP! I’m such a chismosa and LOVE reading Q&A’s so hopefully this brought some insight into who I am and most importantly, has been helpful in any way to other aspiring bloggers or influencers. XOxo

Heller, friends! Lately, I’ve been getting a ton of questions regarding my blog and what inspires me in terms on content, social media strategy, etc., so I thought I’d highlight the women who inspire me the most.

In my opinion, each of these creators, stand out from the rest! 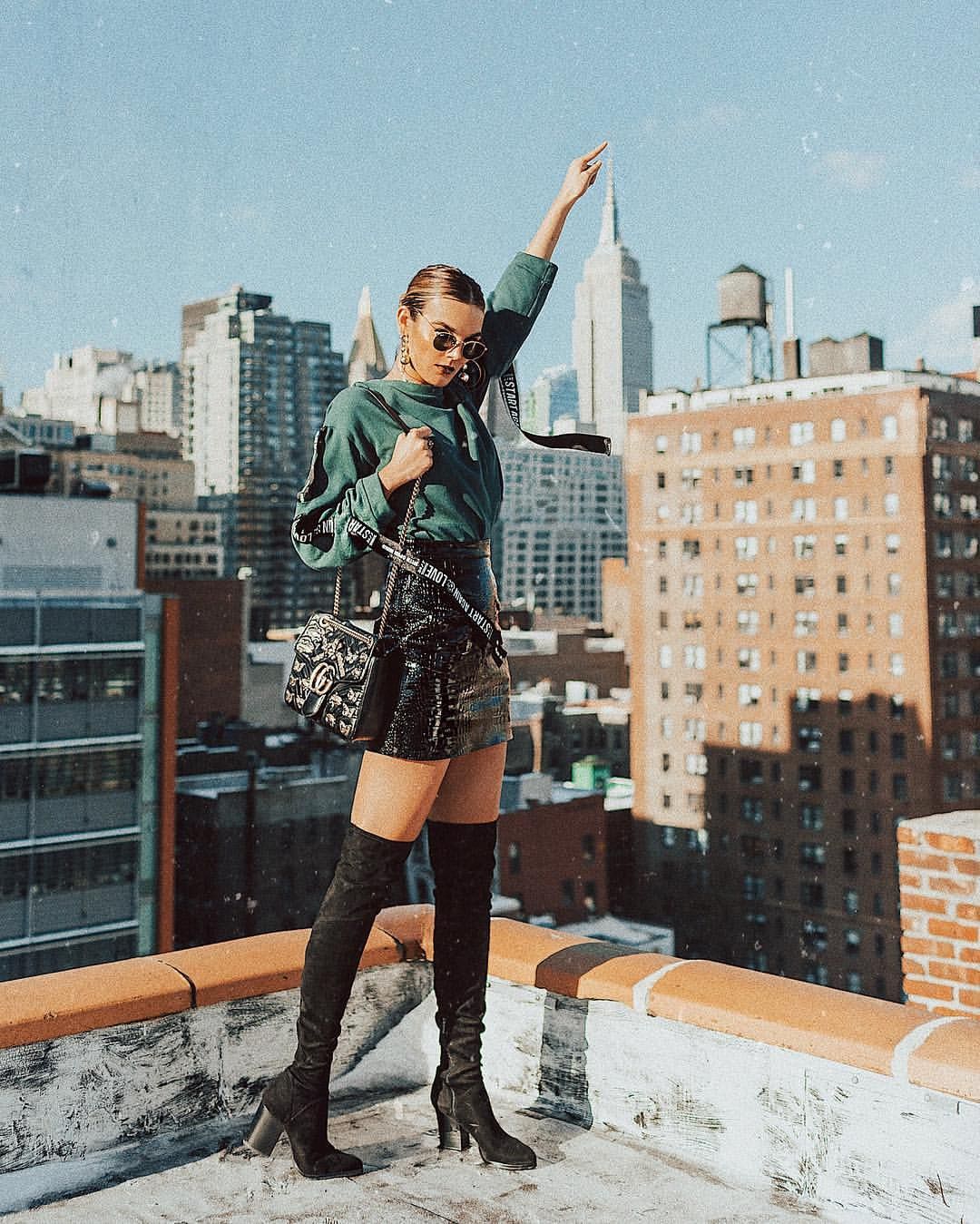 Tezza is by far, my go-to everythanggg inspo account! I’ve said it before and I’ll say it a thousand times over, SHE IS A CREATIVE MUSE! Literally an icon in the making! Tezza & her photographer hubs, can literally make any backdrop come alive! Whether she is frolicking through European flower fields or just chillen’ in the streets of NYC, every single photo is curated with so much TLC! Her props are amaze, her outfits are amaze, and her overall gift of creating is INSANE!

Alyssa is truly a gem! Her cityscape shots are probably the best I’ve ever seen! She makes you want to travel to each and every place she visits! Her and her business partner, have truly inspired the wanderlust in me. She is also extremely transparent in her work and personal life, which I love. You get to know and relate to the person behind the photo, rather than just seeing her as an “influencer’. 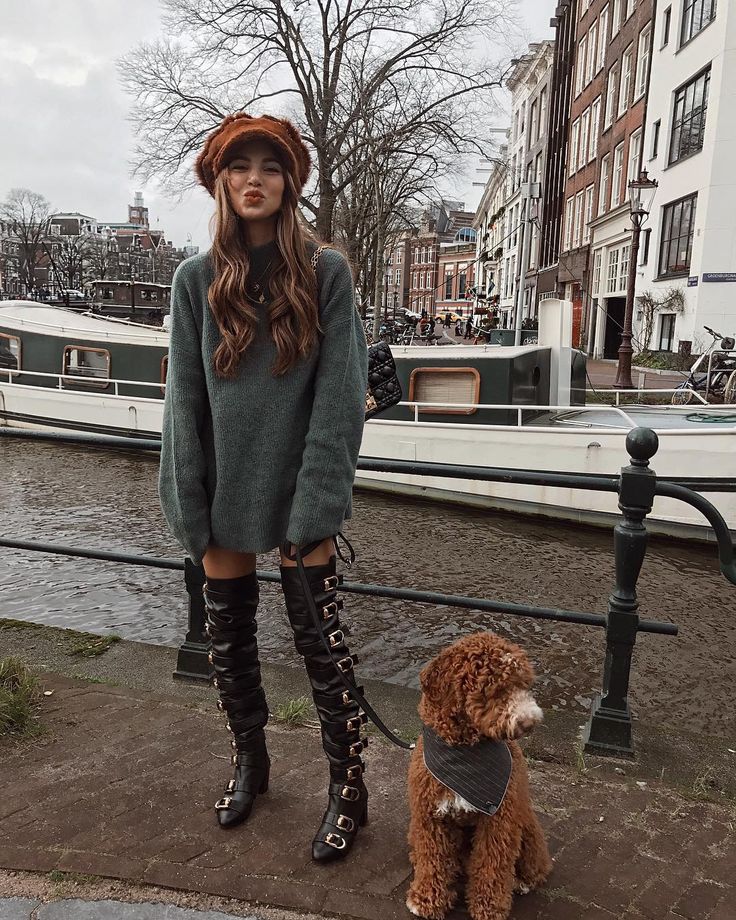 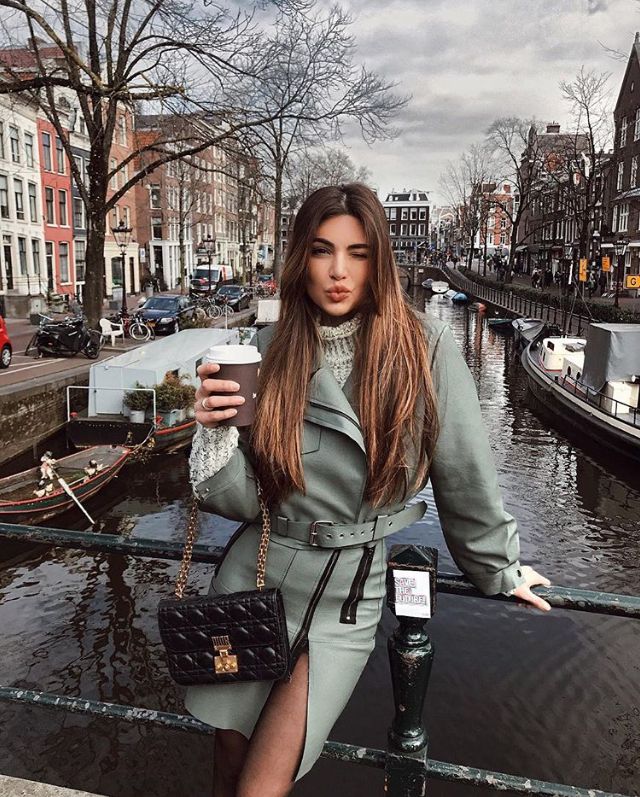 Negin just wins at fashion! Every single outfit is effortlessly gorgeous! For years I’ve been following her and it’s so inspiring to see her rise to the top! She campaigns for brands, you can only dream of and now has successfully launched her own business/products, #GOALS! As a woman of color, I love seeing Negin break the mold. Not to mention, she travels to the most picturesque places in the world alongside her cute lil’ family!

Sazan is truly God sent! Like actually. I fell in love with her and her hubby years ago when they first decided to make a living for themselves here in LA. I mention her hubby as these two are breaths of fresh air. Sazan’s personality is by far the reason I admire her the most but her outfits are also to die for! She has the ability to make you, as the viewer, feel good. What I think separates her from a lot of influencers, is that she uses her platform to uplift and create a community of women. Suzy is literally my spirit animal! She is a creative genius and lights up any corner she shoots in! Not to be dramatic, but like you want this girl as your bff! She is funny as hell and super responsive! She inspires me to push the envelop and think outside the box! She also just launched her own magical presets/workshops to help upcoming bloggers, ugh! She is for sure my daily dose of laughter and inspo!

Woooo! These women are continuously reminding me and millions of others that if you continue to follow your passions, they will come to life! Hope these boss babes bring you as much inspo as they do for me. If you haven’t already, do yourself a favor and give them a follow! XO

We are almost there, guys; One more day til’ Friday, yaas! SoOo, for a while now I have been sitting on this post. I was a bit hesitant on speaking about this topic, but I decided that after all, this is my truth, so here I go…

Growing up in a multi-racial family, I’ve always felt in between, if that makes sense.

Although both of my parents immigrated from Central America, their parents were also mixed with European & Middle Eastern blood. So you can imagine the visual melting pot going on in my family tree. To spice things up even more, most of my family members have married outside of our race(s), so I knew nothing, but inclusivity in my household.

But in school, finding my “people” or those who I identified most with was much harder. In some cases, “I was too dark” to group with the Latina women, in others, I was not “Latina enough” or I got the common, “what even are you, Persian, Indian, what?”

Oh, and standardized tests were beyond frustrating! E.g.: “Please check one: White (non-Hispanic or Latino), Black, Latino, Asian, other.” By going with the most obvious, “Latino” I was then diluting my own genetic make up. And its funny too, because more often than not, once I explain what I’m mixed with, I’ve experienced people’s attempts of deciding who I was, for me. I’ve gotten, “well basically, you’re just Latina then!” And this makes you realize that there can be a disconnect between how you identify yourself and how you are identified as.

Now, let’s talk about the media. As a young girl of color, I grew up somehow admiring and consuming all the fashion tips and latest trends from models/influencers who I could not relate to.

And I remember during the onset of Instagram & YouTube, I found myself following a bunch of pretty tall, blond hair, blue eyed women. And I still do, but I really had to dig deep to find other influencers of color. In addition to identifying with these individuals, it became extremely helpful to follow, lets say, make up tutorials/product reviews from  women with darker complexions vs those with fairer skin.

So this is where I began to think. I loved writing and sharing my own tips/photos with those around me. What if I started to document aka blog my experiences in hopes that others could relate? This was the question I asked myself for almost 6 months before I finally decided to just do it! I also remember asking myself, how would I be different? What would I bring to the table that is not already out there in the blogging world? Now, that answer came pretty quickly. I may not be the tall, blond hair, blue eyed woman I so admired growing up but instead I would be a representation of so many other women.

What I’ve learned so far, is that one of the biggest blessings in blogging is being able to represent yourself and finding confidence in that. It’s been amazing to see the influx of colored women in the social media game! I truly believe inclusiveness allows creators and their audience to build a commonality. Some of my proudest moments since launching my blog, are the times when I’ve received messages from other ladies, saying they feel represented through me in this blogging world. And it is in those moments, when I truly see the value I have brought to this platform. I may not be this macro influencer yet, but thus far I’ve realized, that by literally just embracing who you are, you can actually help others do the exact same thing. During the initial stages of my blog I was unsure of who my target audience would be. And this was because (as I’ve mentioned) I really didn’t know where I’d fit in, and maybe I still don’t, but I think people appreciate my authenticity and what makes me different.

So, in short (lmao, not really), I hope to encourage you (regardless of color, size, gender, sexuality, etc) to embrace your identity and all that comes with it… the trials & triumphs. For so long, I allowed society to tell me where I belonged. And I am so grateful for the trailblazing women who encouraged me to put myself out there because now I have the opportunity to be the representation, I longed for. Embrace your melanin, ladies!

I will leave you off on this quote by David Grohl, “No one is you and that is your power.”

If you are new to Alll That Jas, welcome! Thus far, I have shared a number of wellness tips, yummy recipes, random thoughts, relationship advice, and travel recommendations. But as a way to get a better feel of who I am, I thought a Q & A would be fun!

I asked my followers on social media to send any questions they had for me and I will be answering them here today!

Welcome to alllthatjas.com! My name is Jasmin, a 24 year old living in Los Angeles with a passion for digital media, travel, style, and food.

I created Alll That Jas as an expressive outlet and creative space, in hopes of sharing and connecting with others.

This blog will feature stories and observations of how this postgrad Millennial is navigating (or stumbling her way around) the “real world.” You’ll also see: wellness tips, yummy recipes, weekly finds, random thoughts, and travel recommendations.

I consider this space as my passion project, to wind down after the 9-5. Ideally, I’d love to create an online platform where I am able to work remotely allowing myself to travel. I have dreams to one day be on your television screen, so stay tuned :]